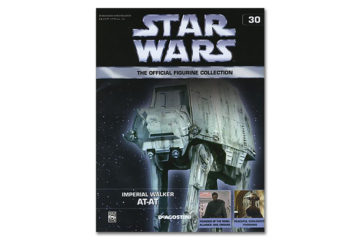 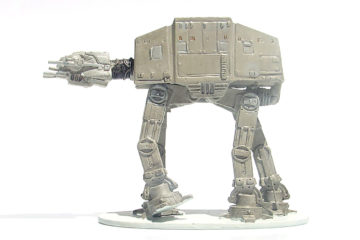 The latest issue of ‘Star Wars: The Official Figurine Collection‘, from DeAgostini, is on the shelves of bookstores as I write. This fortnight’s edition features a metal AT-AT vehicle…probably one of the largest to be offered with this part-works magazine (75mm tall, but also 85mm long), so it kind of jumped out at me compared to other recent releases. Although the sculpting of this metal figure collection has been fairly good to date, some of the hand-painted finishes have been a little inconsistent in quality. The decor of the AT-AT is such that it comes off well when painted up in the style of this line though – the weathered military-grey armour, with details highlighted using subtle contrasts, make this issue worth getting even if you are not a collector of the whole series. The sculpting too is worthy of mention – small details like the shock-absorbing pistons on the inside of each ankle, for instance, are actual separate components.

You can read the full description of this magazine’s format in this earlier SWNZ article. The contents covered in this issue are as follows…

It’s on the shelves of your local stationery shop now – but probably in limited numbers so go grab one today! 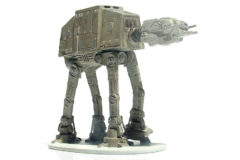 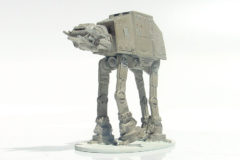 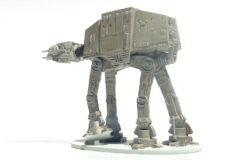 Previous: Daniel Logan to Reprise Fett Role?
Next: In the Media – Keisha Castle-Hughes