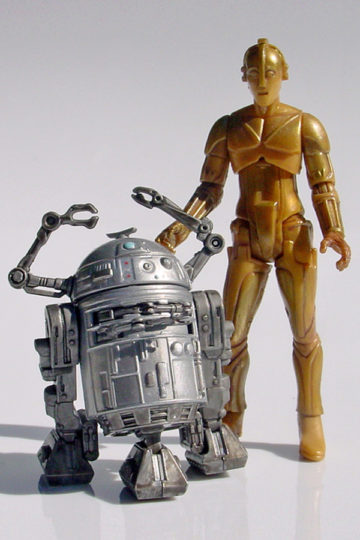 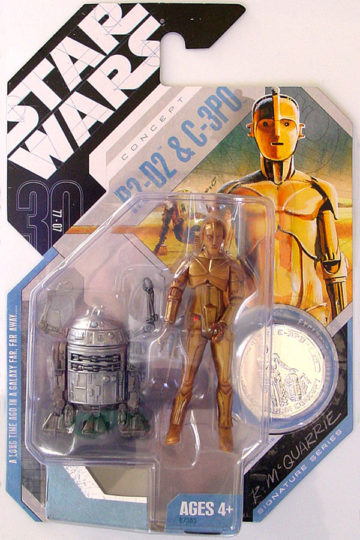 The ‘Figure of the Month’ is a semi-regular SWNZ feature, wherein we take an up close look at a selected character collectible, focusing on interesting features of both the toy and its on-screen persona. We don’t aim to compile an extensive database about all available Star Wars figures, but make a choice based on elements of interest to hopefully expose readers to different collectibles, or new directions of collecting. Today, we take a look at the Celebration IV exclusive 2-pack – Ralph McQuarrie conceptual R2-D2 and C-3PO.

Conceptual designer Ralph McQuarrie is credited with playing a key role in the initial funding of Star Wars – his early renderings accompanied George Lucas’s screenplay when it was pitched to 20th Century Fox, and were arguably pivotal in convincing the production company to provide an initial budget. It was an interesting progression from his earlier work as a technical illustrator with the Boeing Aircraft Company, and even providing material for NASA, but he also went on to work on an array of films that includes Close Encounters of the Third Kind, E.T. the Extraterrestrial, Batteries Not Included, Total Recall, the original Battlestar Galactica, and Raiders of the Lost Ark. It was for his Cocoon that he won an Academy Award.

McQuarrie’s artwork bestowed features and form to many Original Trilogy characters, creatures, spaceships and environments. As a acknowledgment of his place in the Star Wars universe, and to the delight of many fans of his skill, Hasbro has been progressively releasing 3-dimensional incarnations of McQuarrie conceptual characters. A total of 12 figures in this mini-series are slated for 2007.

This Celebration IV exclusive 2-pack contains both a proto-R2 and a proto-3PO. The latter is presented with more of an art-deco look… maybe even reflecting inspiration from the robot Maria of Fritz Lang’s Metropolis… than the final version of this character. He is depicted in a couple of McQuarrie pieces, but perhaps the best known of these is the desert landscape in which he is accompanied by astro-pal R2. Unlike the C-3PO costume, which went through a number of generations, starting with versions very closely resembling his initial conceptual design, the R2-D2 props/costumes changed little from their first build. One early iteration is known to have vertical arms exposed but stowed within his cylindrical body, but none have appendages permanently emanating from his dome, as seen in this figure. R2’s final colour is noticeably different – the blue and white of the screen-actualised droid are absent in the all-metal-finish prototype.

Proto-3PO’s multi-tonal antiqued gold finish captures the feel of a McQuarrie painting nicely. The figure sports some interesting articulation, giving him probably more degrees of freedom than any other protocol droid. He has universal joints at the neck, mid-torso, and elbows. Single-axis joints allow posing through his shoulders, wrists, hips and ankles. Artoo too has greater posability than other Hasbro astromechs. Three joints are spread across his two dome arms, and both of his torso graspers can hinge out from their sockets. Shoulder joints pivot, all three feet can flex at their ankles, and sport small roller wheels to allow mechanical perambulation on smooth surfaces.

Although many of us fully appreciate Ralph McQuarrie’s artwork, and crave the concept character action figures on this basis, the rationale behind them may have been lost on younger children and some collectors. Consequently, there was an over-supply, relative to the demand, of these figures at Celebration IV. It was, in some ways, mildly disheartening to see a couple of pallets of these toys unsold during the final days of the C-IV convention…the positive side, I guess, is that they were then able to be made available (at least for a while) through StarWarsShop.com, and other sources, at reasonable prices. 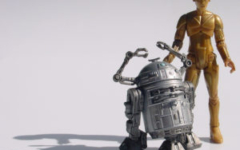 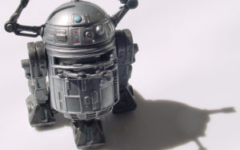 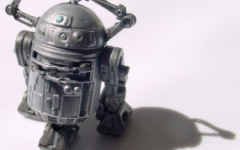 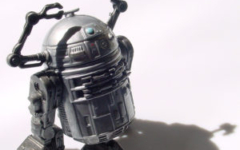 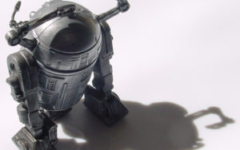 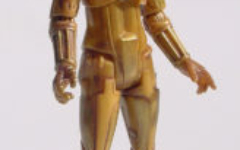 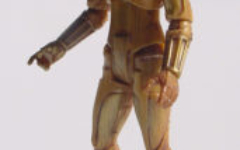 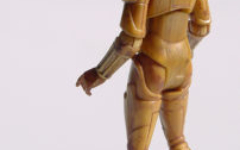 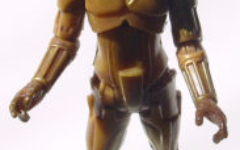 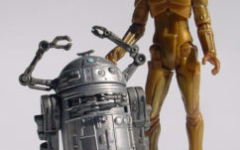 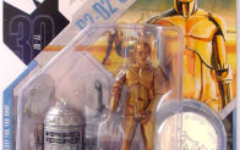 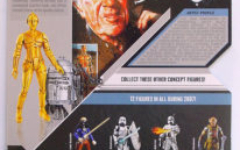 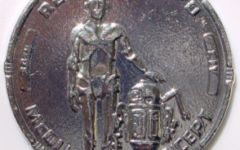 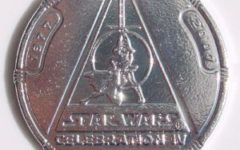 Previous: Book Review – When the Force Isn’t With You
Next: Around the Web – Rocket-powered X-wing