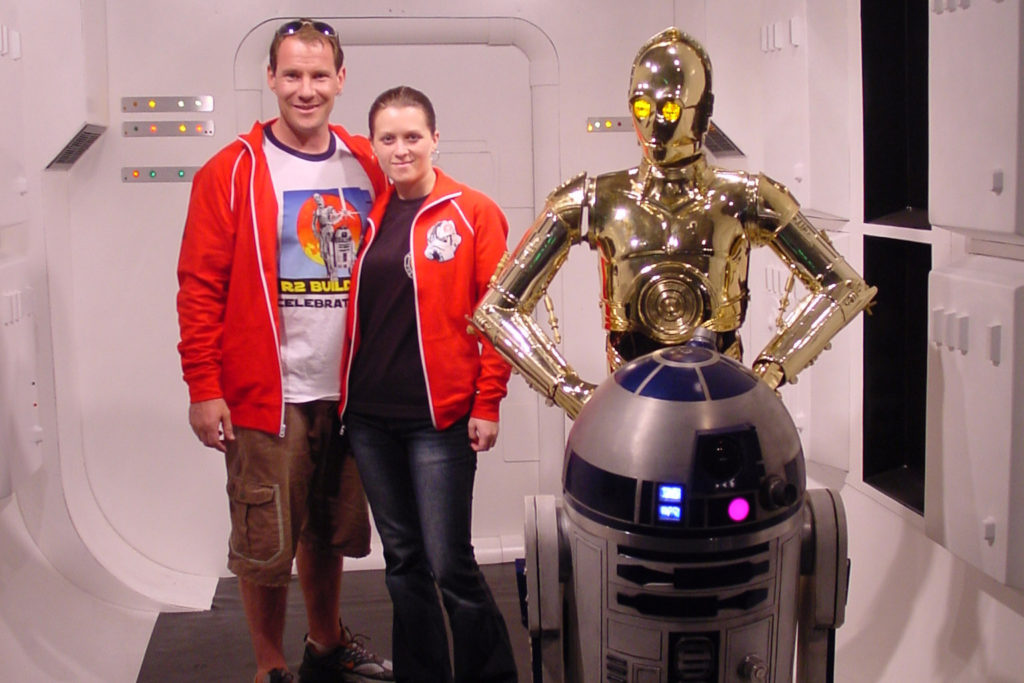 Monday 28th May saw the conclusion of the Celebration IV convention. Opening hours were a little shorter, and there was mild melancholy in the air at the realisation that the experience of living and breathing pure Star Wars, 24 hours per day, was coming to a close. On the bright side, though, was the fact that prices in the dealers room traditionally and predictably drop on the last day, as the sellers understandably want to lug home as little as possible in the way of bulky merchandise. Even the official C-IV shop slashed the prices on their remaining items (excluding the exclusive action figures) in half. So, let’s focus on that, as we kept our eyes open for the final-day bargains, and ran around making sure that there wasn’t anything that we missed, whilst wringing every last ounce of “Star Wars” out of the experience. 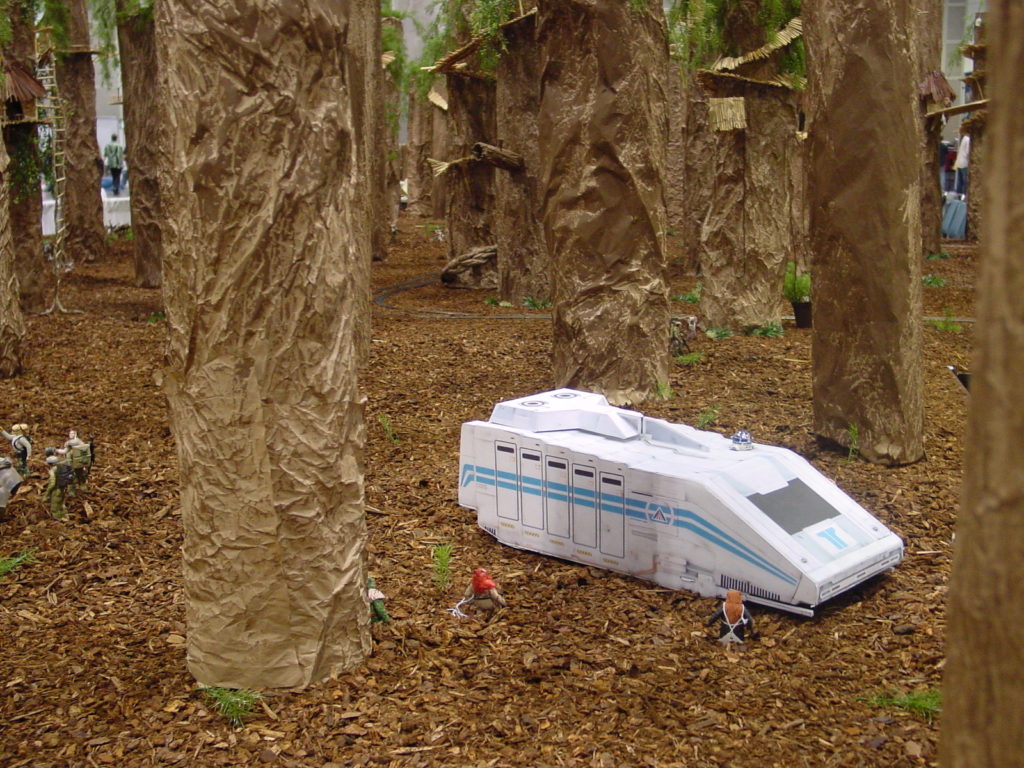 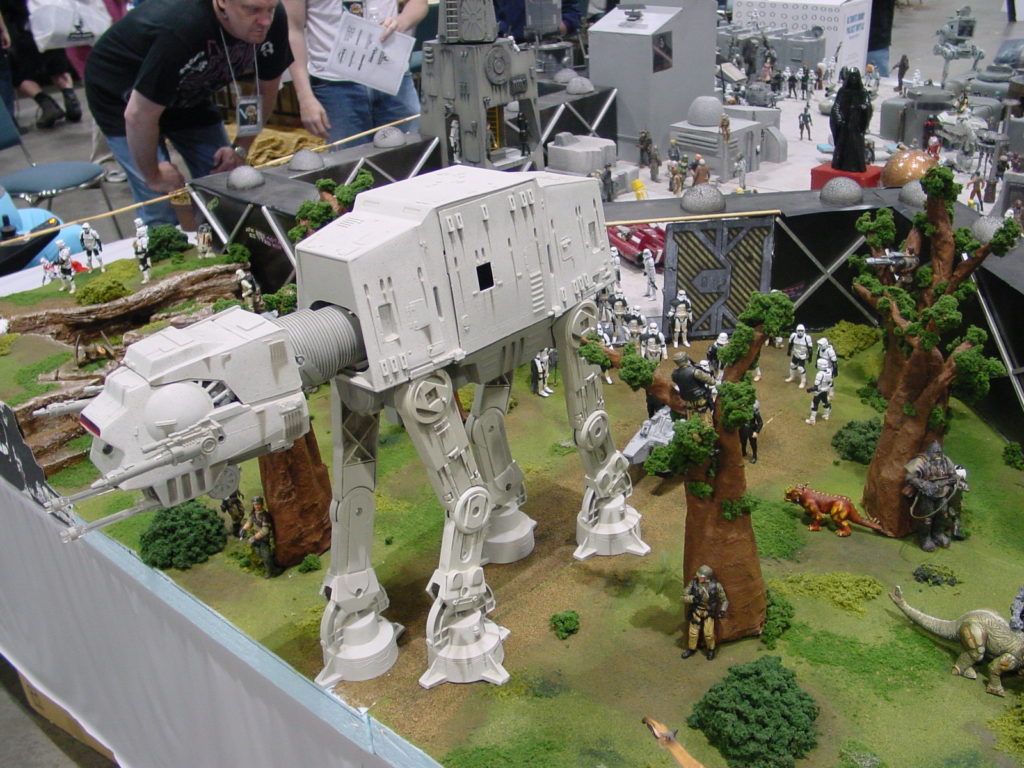 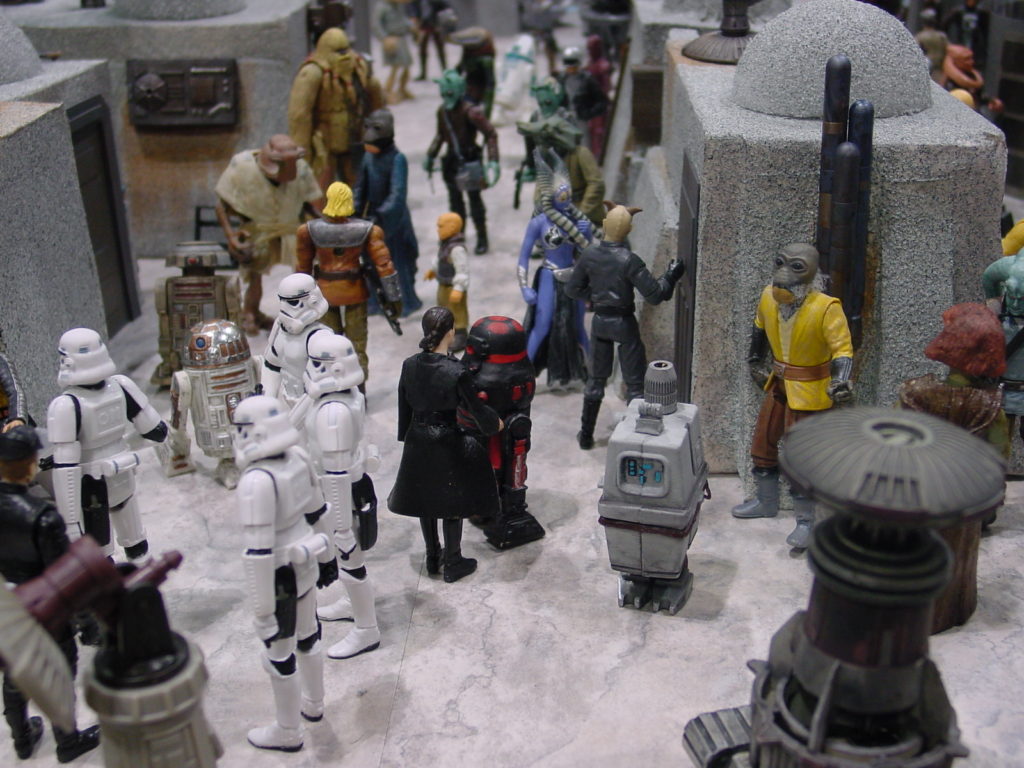 The day started early, as the 40-or-so presenters from the collecting panels got together in a breakfast meeting, in the theater used for our respective presentations, for a bit of a formal reception with Steve Sansweet (where the Collecting Panel Medallion sets were disseminated). This was also a good opportunity, being one of the few times that the room was less than full-to-capacity, to properly inspect and photograph some of the interesting collections set up around the room: Vintage mini-action figure proof cards, food items including unopened, decade old cookies, an impressive set of framed original posters (including the early “Revenge of the Jedi” branded editions), double-telescoping sabers…and less often seen collectibles like an extensive collection of the Star Wars watches released over the last 30 years. 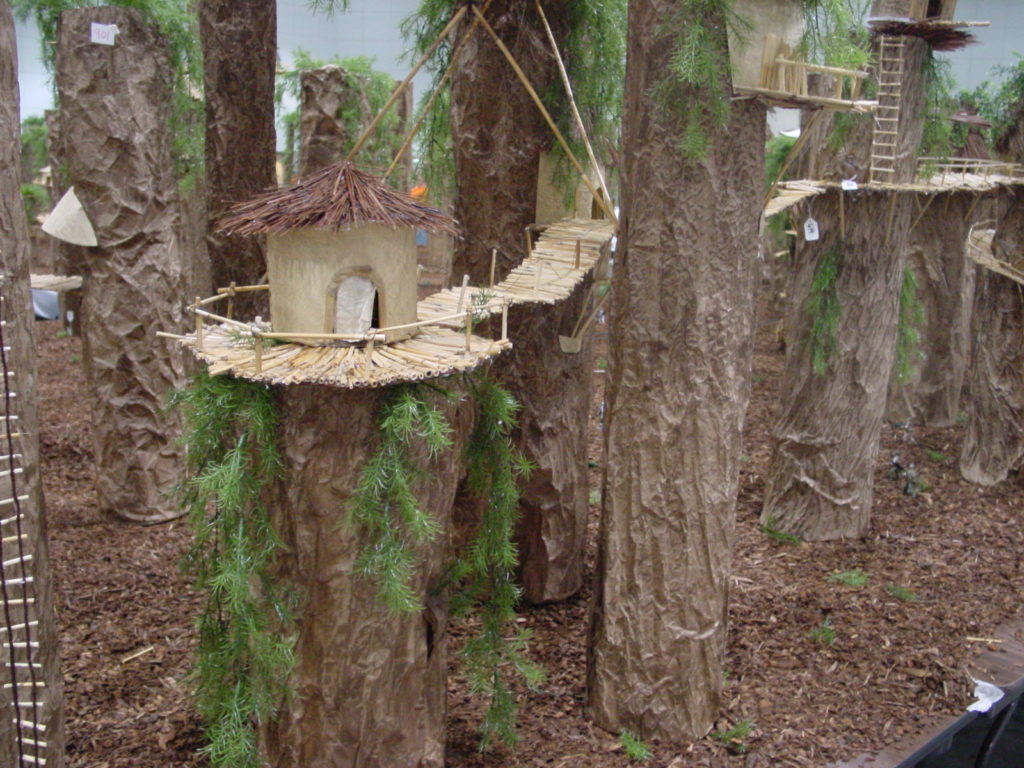 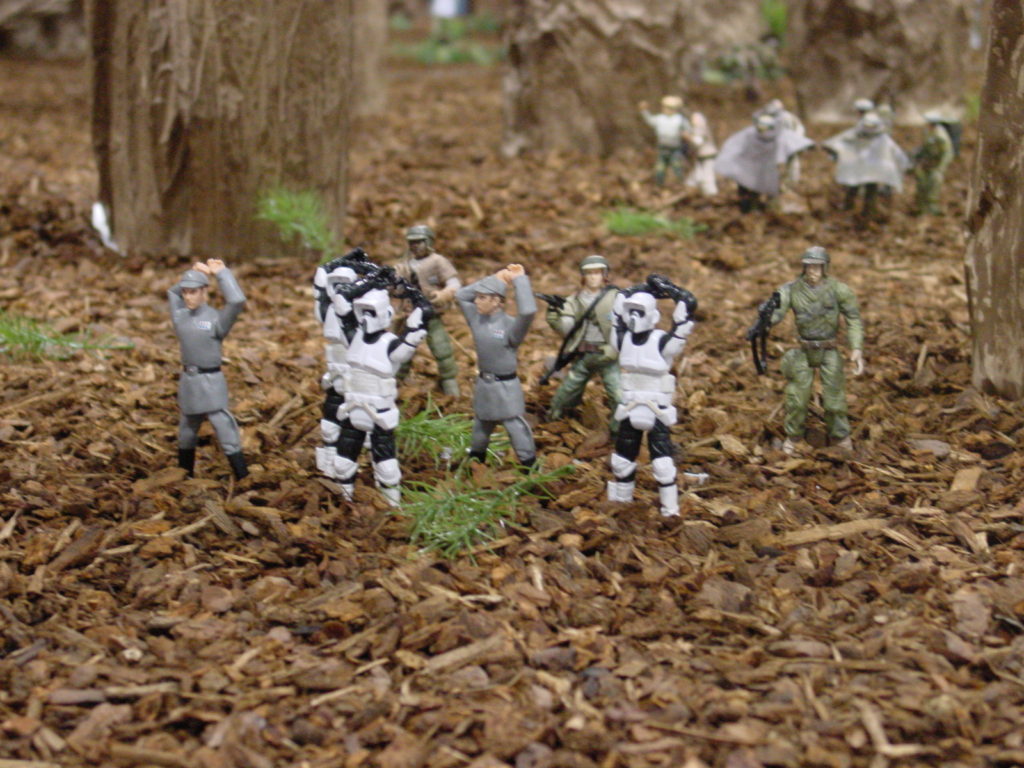 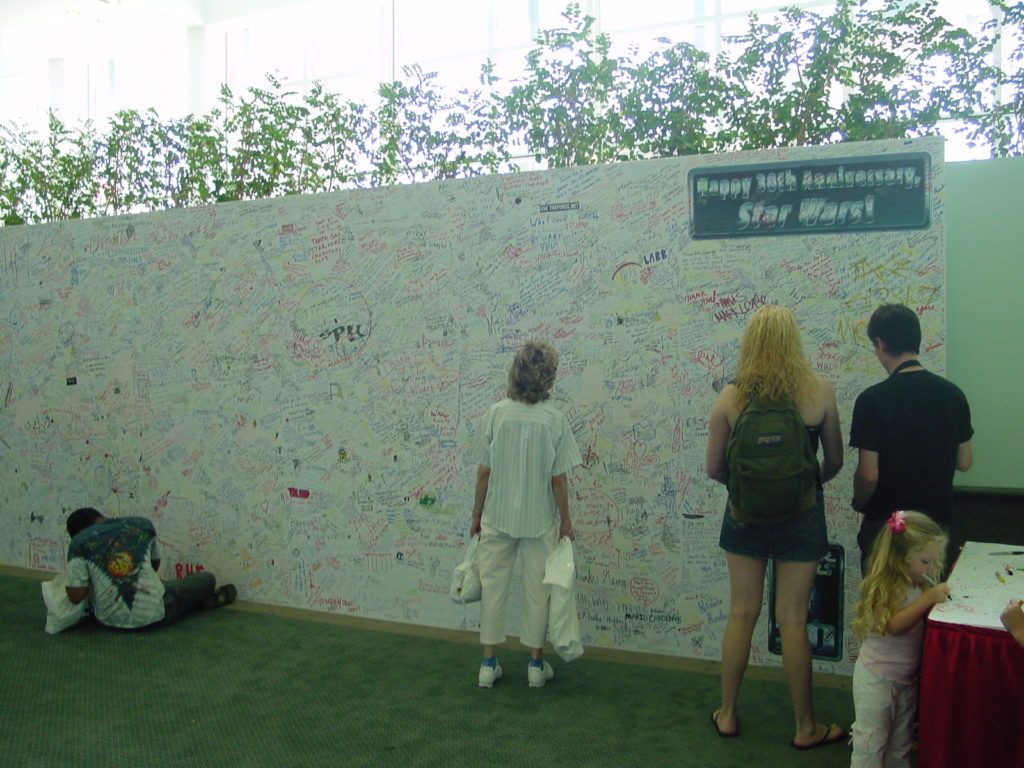 Two other “must do” items were on our list – a photo on the excellent Tantive IV corridor replica, in the R2 Builders room, and the addition of our names/signatures to the giant 30th birthday card set up so that conventioners could pass on their memories and best wishes to the Star Wars movie and phenomenon (sentimental, but necessary). With those tasks checked off, we hit the stores! 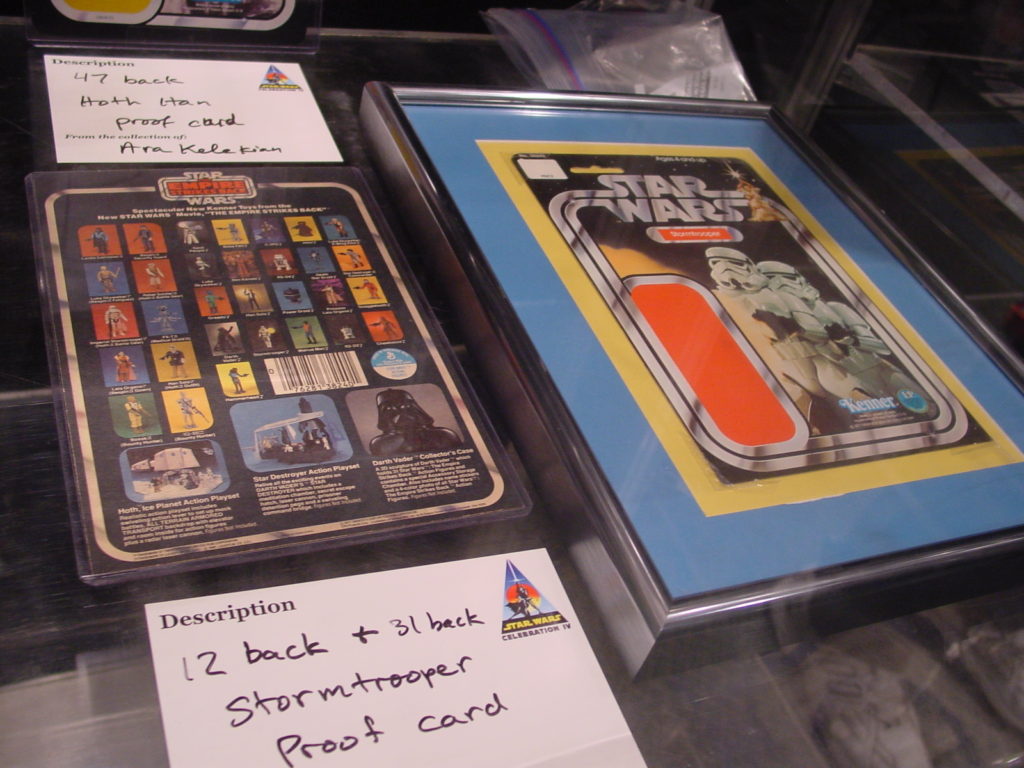 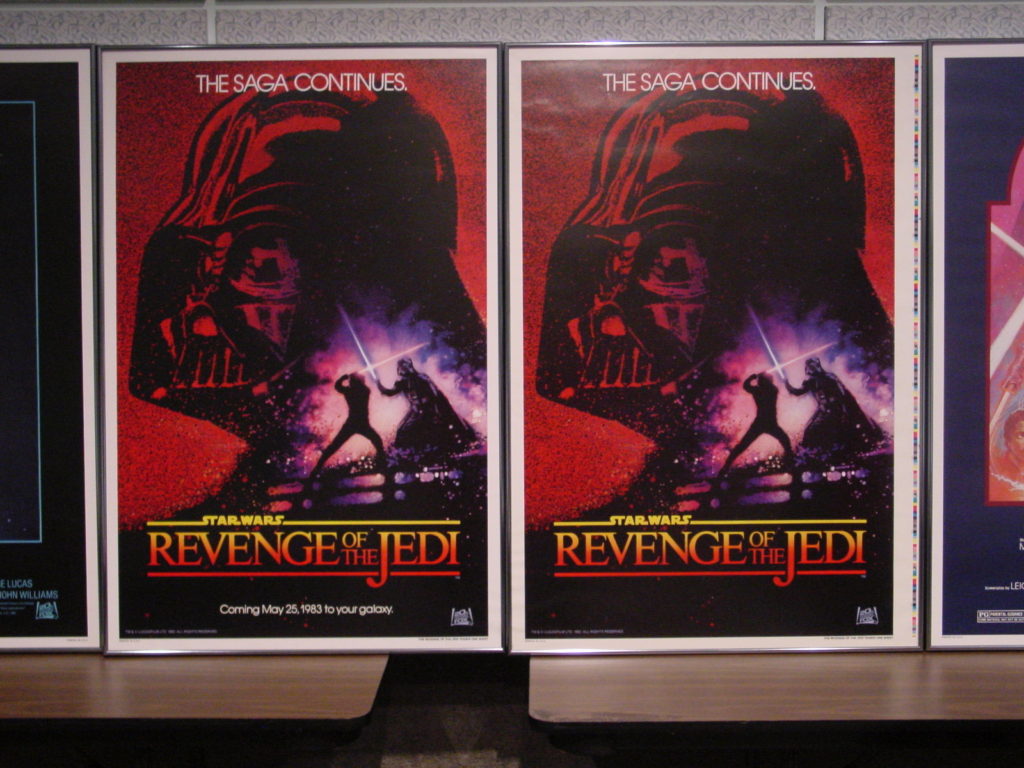 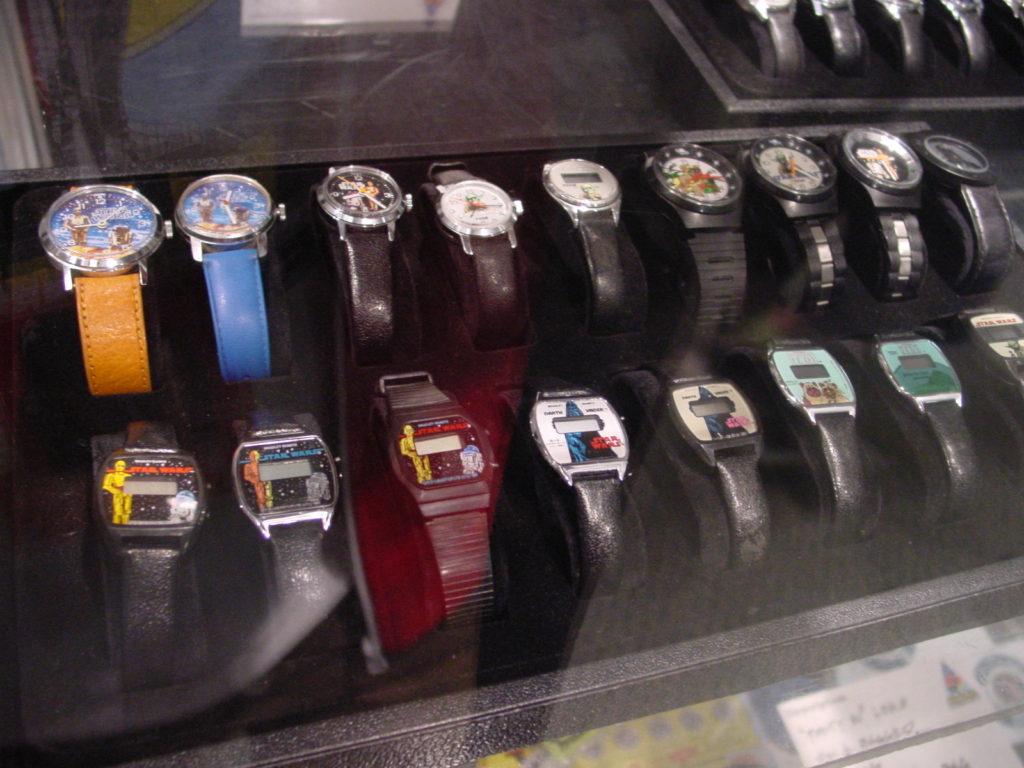 When I was less than 10 years-of-age, there was one main retailer in Tauranga that I used to buy my (now vintage) Kenner action figures from. I have distinct memories of the Star Wars section in that toy store, with its rack of (obviously) carded figures – and of, at one point, eschewing the jawa with a vinyl cape because the cloth-caped one appeared more accurate. To now see multiple stalls in the C-IV halls stocked with mint, carded mini-action figures, in volumes far exceeding my childhood recollection of the initial release, yields a strange kick of nostalgia. And so, we shopped! …to the point where we had exceeded our luggage allowance for the flight home, and had to ship some items back, instead. But for every purchase made, there were dozens of fantastics collectibles that we had to turn away from…the expansive selection taunted frustratingly! 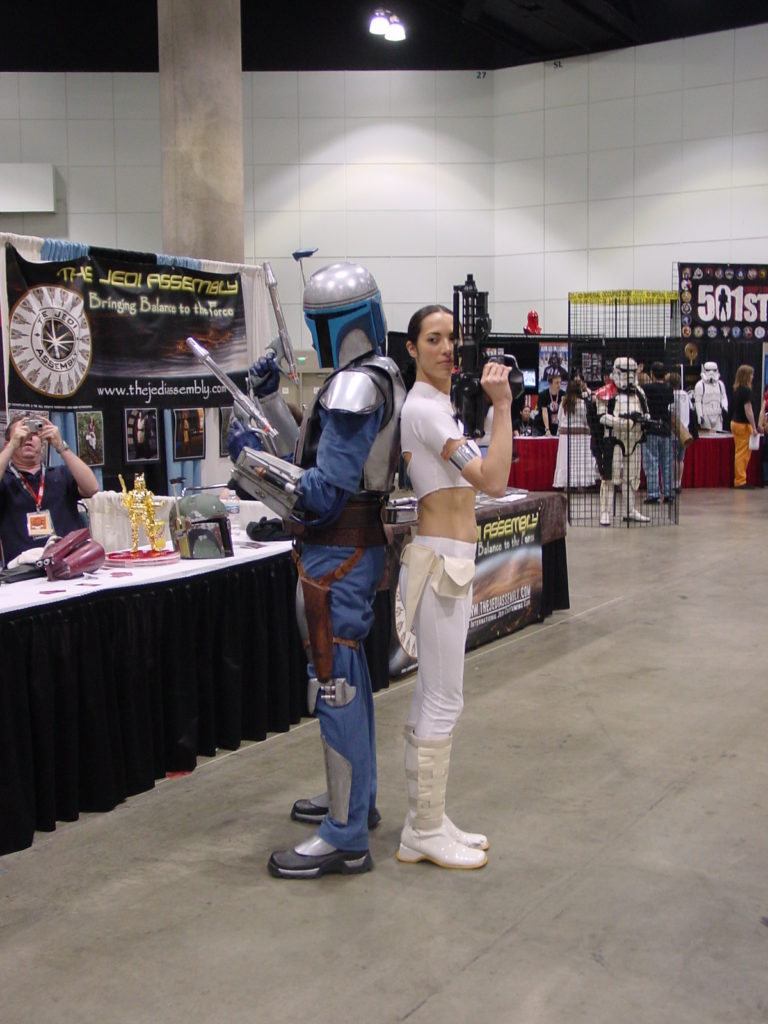 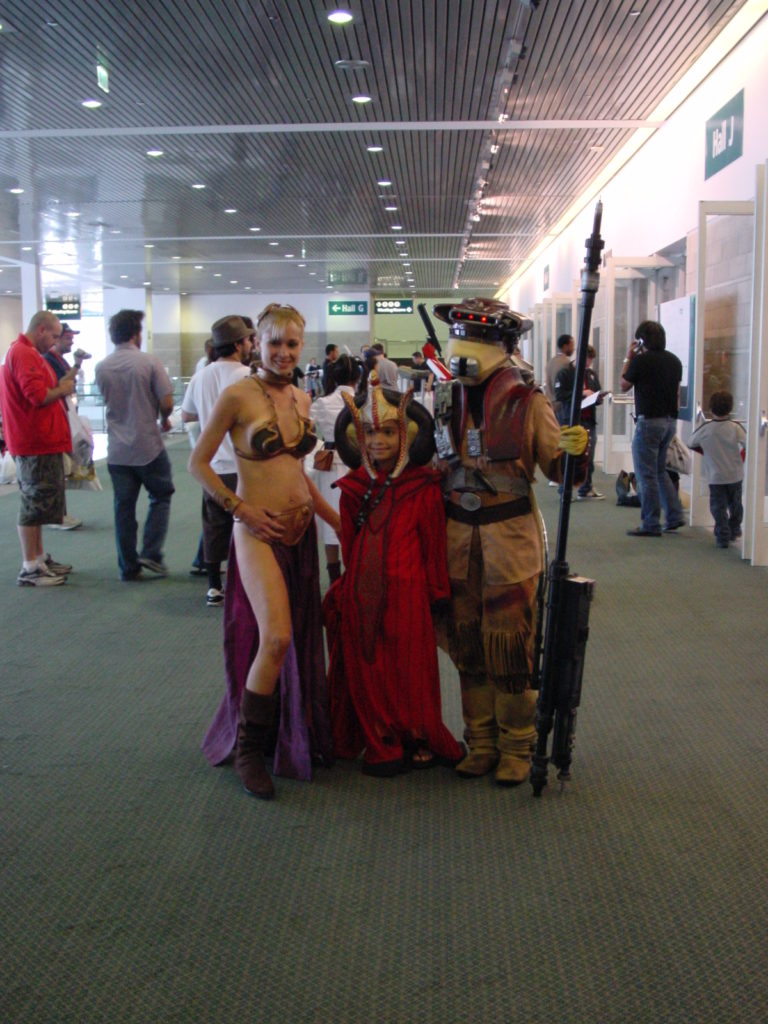 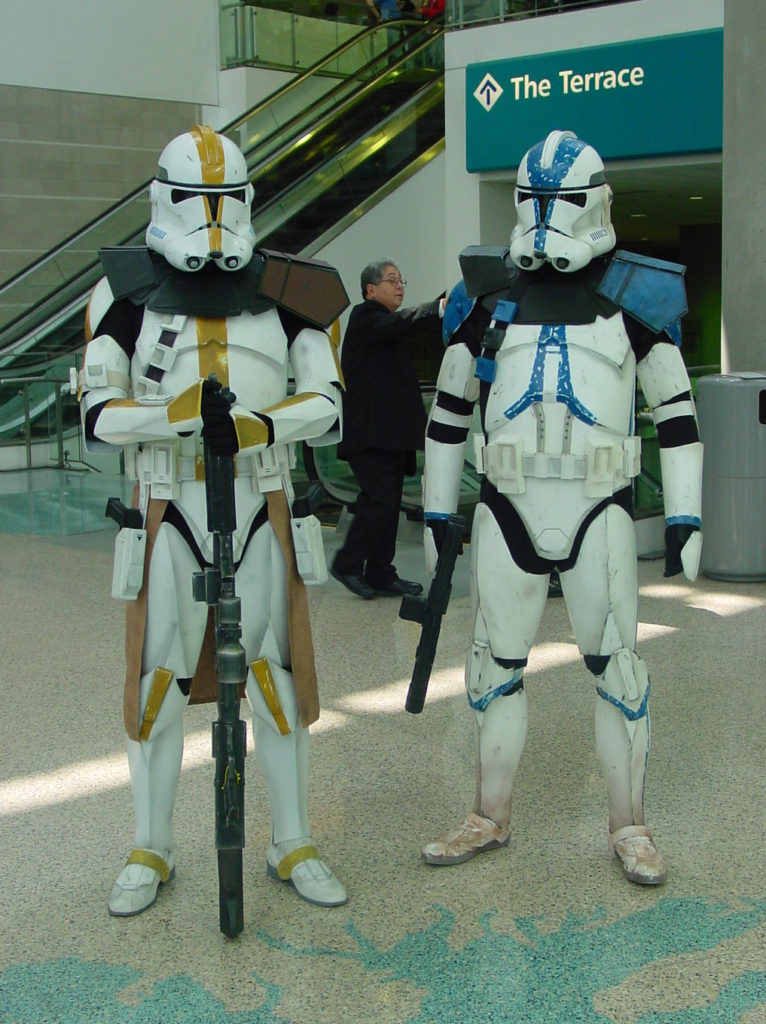 There were still more photos to be taken too. Over in the Fan Club hall, a number of custom action figure dioramas had been set up, and one of these in particular, a gigantic, sprawling ‘Forest of the Endor moon’ scene, had grown through audience participation over the course of the convention. The last day was the time, therefore, to see it in its completed state. The pictures in the top row show some of the highlights of this display, which even had speeder bikes winding there way around the faux Californians redwoods, atop a modified electric train track. The other main diorama was a behind-the-scenes look at life in the township associated with an Imperial military base. Stormtroopers, AT-ATs and heavy gun emplacements, juxtaposed with droids, alien and human citizens and a bustling marketplace. And, while wandering around that hall, and elsewhere, there was still no shortage of lifesized Star Wars character recreations – plenty of photo opportunities with the fan costumers.

For an album full of more of our images from the week of Star Wars, click here. And so, the countdown to Celebration V begins right now! Reasonable, early information suggests this will be in two years time. May it be even bigger and better!