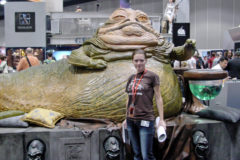 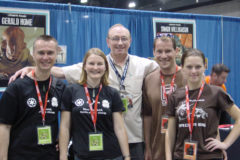 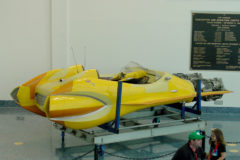 Day 1, and the doors are open! For some components of the convention, they’ll remain open 24 hours a day. So far, in all regards, the organisation and outcome has been superior to the immediately preceding Celebration. We got in the doors without any queue time, and have been able to move around and get to see oh-so-much-stuff without too much in the way of crowding. The event centre is a better layout and size than Indianapolis, despite the disappointment of many about the less-than-central location, but, for those that are here, the change is for the better. 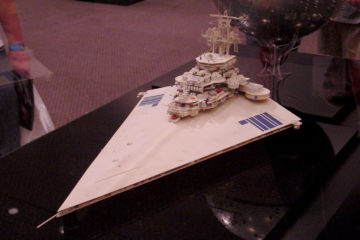 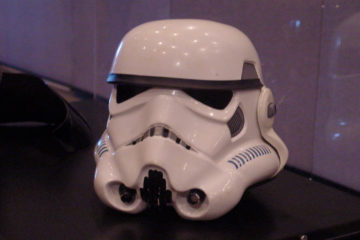 We started the day with a bit of exclusive shopping. There were queues for some of these, but even those had an upside – those standing in the line for the very popular Gentle Giant merchandise got to admire the incredible lifesize Jabba and great displays of current and upcoming merchandise as the circumferential parade of shoppers slowly wound its way around the stand. We ended up with so much product, a quick trip to dump it in the hotel was required. 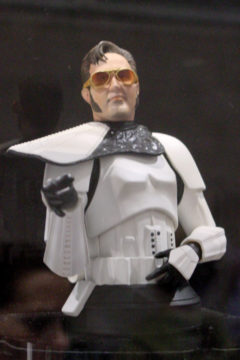 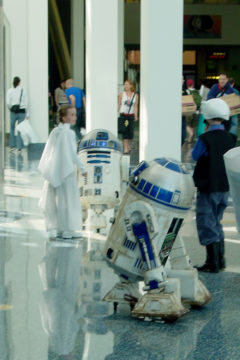 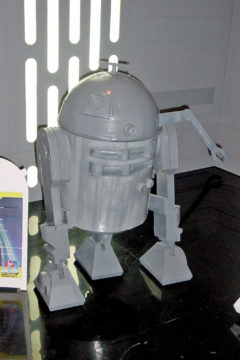 Most of the rest of the day was spent quickly sampling a lot of the static displays. The Lucasfilm Archive room had a number of props and costumes that have never before been displayed – concept models like the proto-Falcon, Death Star and Star Destroyer; the Jabba’s palace torture rack droid; funeral pyre Vader helmet; Dagobah darkside tree Luke-in-Vader-helmet;…to name a few. I will later do a special post on the LFL archive with substantially more photos than the teasers given today. The Hasbro booth was a visual feast, with displays of entire sets of Titanium vehicles, Unleashed mini-figs, and the cute little Galactic Heroes. But the icing on the cake at their stand were displays of upcoming figures, right through to early next year – some seen before from the Force Unleashed tie-in range, more additions to the McQuarrie concept range (Han, Snowtrooper, Ben/Yoda 2-pack etc), and some superb classic trilogy characters. The R2-Builders room was a step up even from last time ’round…droids galore, including a McQuarrie concept astromech, and a lifesize Tantive IV corrider set for photos. 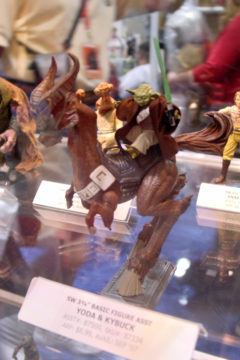 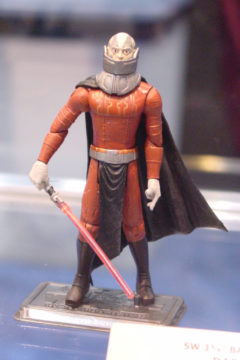 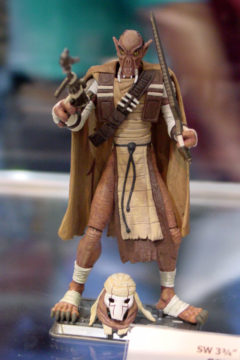 I’d like to say…that that’s a comprehensive description of what we saw and did today, but in reality it is just scratching the surface. I’ll let the posted pics add more to the story, and will return tomorrow to fill in the gaps, and introduce lots more new stuff! 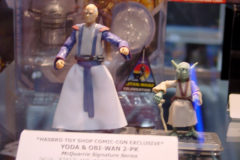 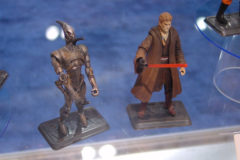 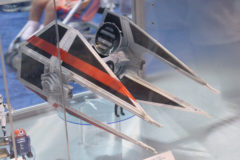