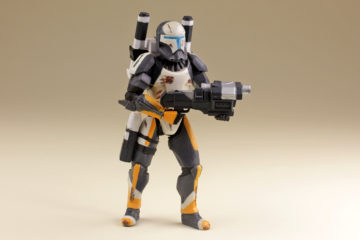 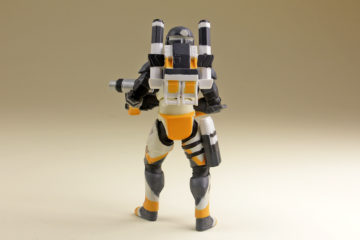 The ‘Figure of the Month’ is a semi-regular SWNZ feature, wherein we take an up close look at a selected character collectible, focusing on interesting features of both the toy and its on-screen persona. We don’t aim to compile an extensive database about all available Star Wars figures, but make a choice based on elements of interest to hopefully expose readers to different collectibles, or new directions of collecting. Today, we take a look at an Expanded Universe figure – Republic Commando Scorch, from Delta Squad.

Although Hasbro is starting to cater a little more to the fans of Expanded Universe characters, they have, in the past, delved only superficially into this realm. This is even more true for game-based characters. Last year, however, they caught the wave of popularity of the Republic Commando PC and console game, and released Scorch, RC-1262, as part of the Saga Collection. Scorch came out first as a basic carded figure, and later in the year in a boxed set with the rest of Delta Squad (all basically repaints of the same sculpt, but with different accessories) and a small swarm of Geonosians. The figure also ties-in to the second of Karen Traviss’s Republic Commando novels, “Triple Zero” which features both Delta and Omega RC squads. 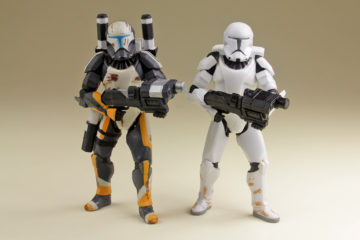 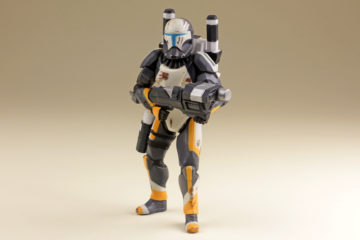 “Republic Commando Delta Squad. From the very beginning, it was understood that the tactical superiority of the Grand Army of the Republic would reside in its flexibility of response. Hopelessly outnumbered by the armies of the Separatists, every clone trooper is expected to be the equal of ten of his enemy. Sometimes, though, ten-to-one odds is too much to hope for, and that’s when you call in the Deltas.” The resident demolitions expert in Delta Squad, Scorch has a special relationship with explosions and the gear that makes them happen. If it ain’t broke, give it to Scorch, and you can count on getting it back in at least three pieces.

The Republic Commando armour retains some tell-tale signs of a common heritage with clonetrooper armour, although the upper body in particular is noticeably more angular and robust. The helmet blends elements of the clonetrooper buckets with those of Mandalorian/Fett-style headgear. Republic Commandos are typically deployed in squads of four, on missions that may last some time – the requirement for versatility and the need to be fully self-sustained means they carry with them much equipment and armament. The Scorch action figure totes the signature commando weapon, the DC-17M with anti-armour attachment. He also comes with a removable backpack and thigh-canisters. Although the figure is well-articulated, with ball-joints at the neck and waist, multi-axis joints at the elbows, and standard joints at the shoulder and wrist, the legs are fixed such the he can really only adopt one stance, and when he’s holding the bulky blaster with both hands, only minor variations on a single pose make much sense. Ah well, it’s still a great representation of a very cool character! 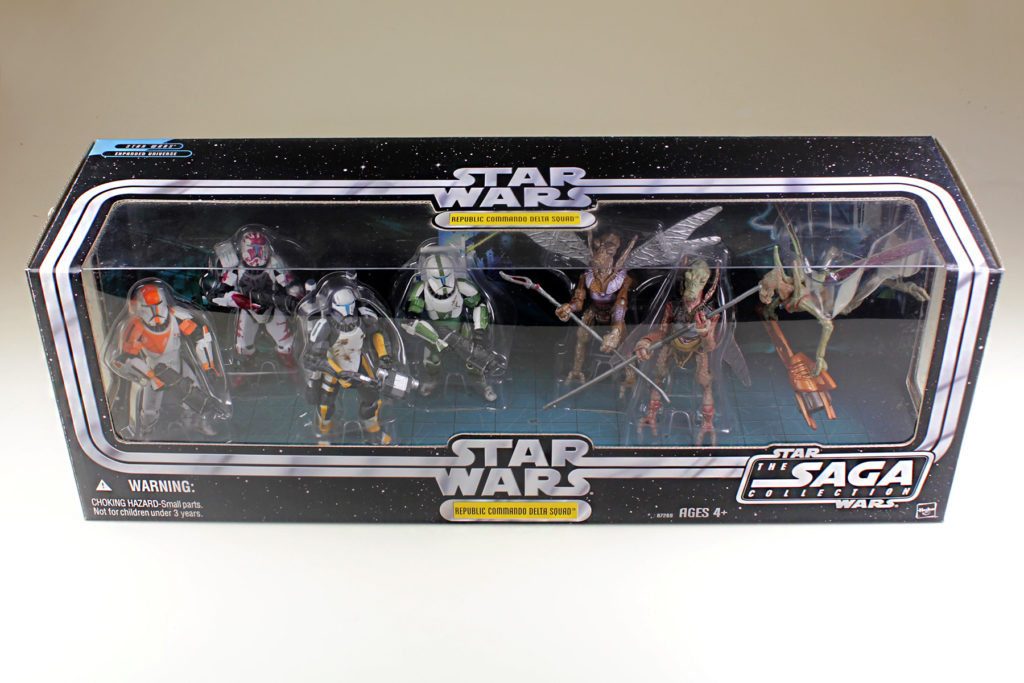