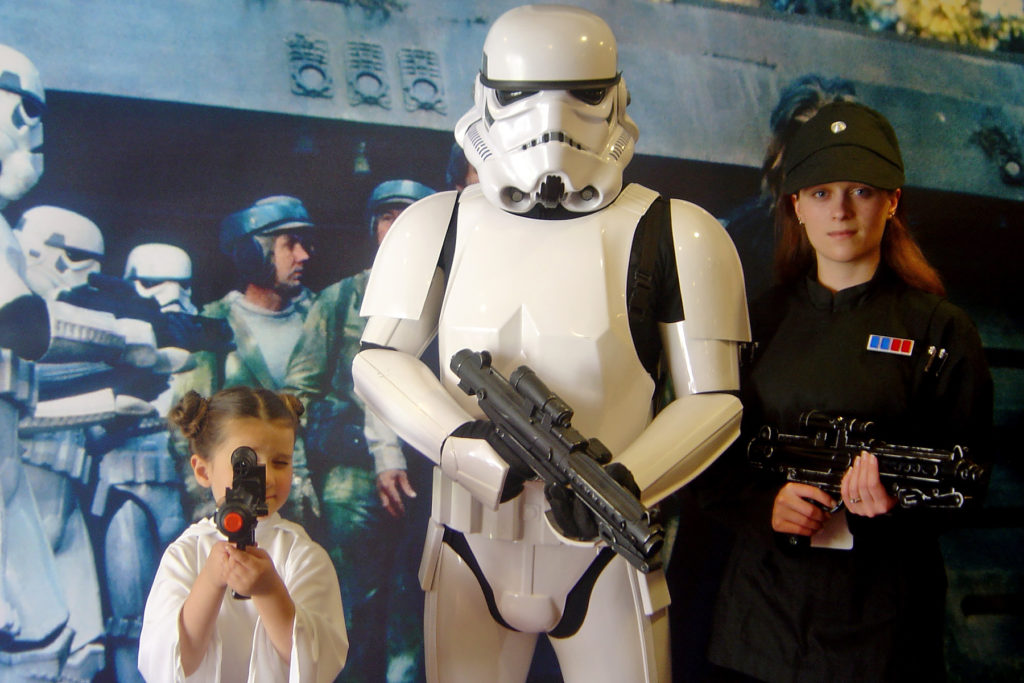 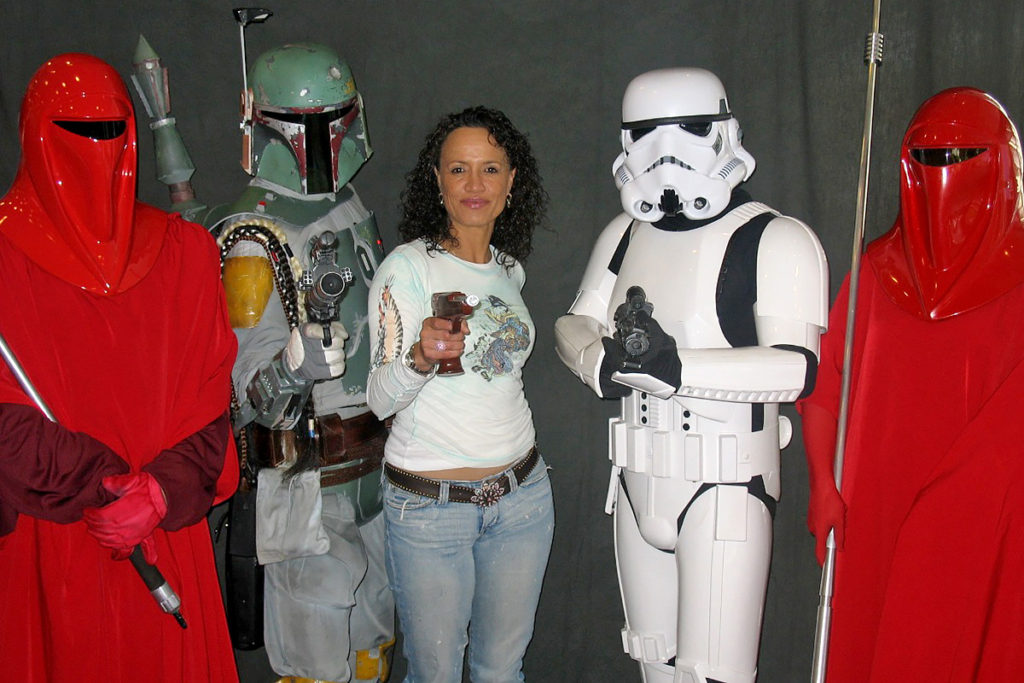 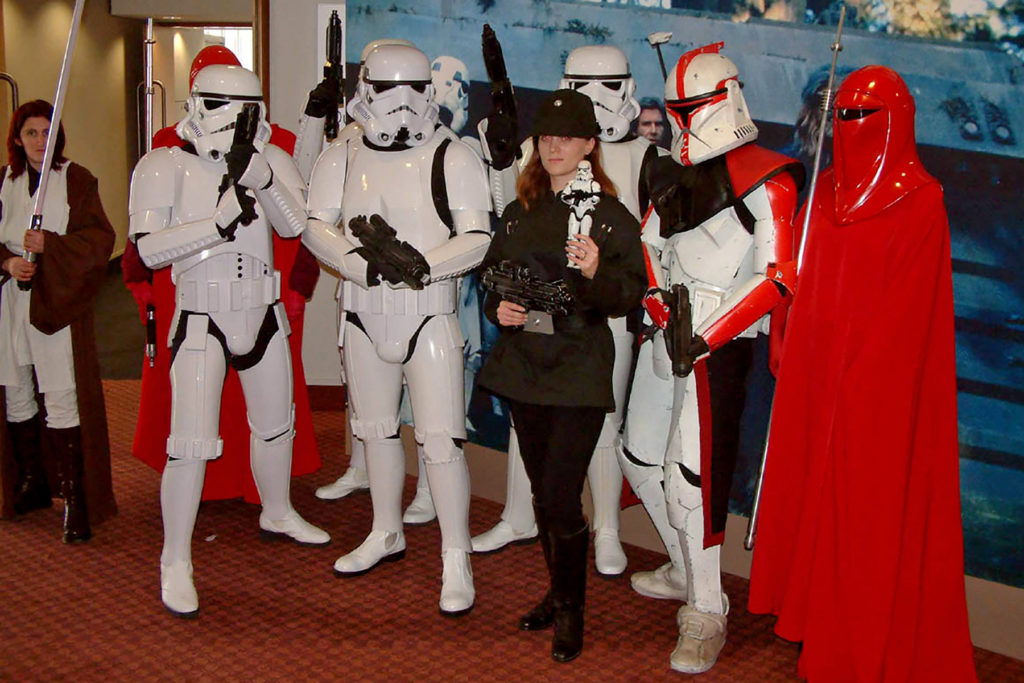 Well, it’s only a couple of days late, but I’ve finally found some time to put together photos and commentary on the 3-day Auckland Armageddon 2006 convention held over Labour weekend. It ended up taking up a little more of my time than anticipated, but, speaking as a Star Wars fan, it was worth it.

In many ways, the format of the convention was the same as previous years. There was a similar mix of traders and commercial stands, TV and movie guests, cosplay competition, voice talent, comic/animation talent, wrestling, and the charming pizza-eating competition. Amongst the highlights though were the growing number of enthusiastic Star Wars costumers (including both Outpost-42 members and keen non-member costumers) and the involvement of local Star Wars star Rena Owen, back in New Zealand briefly, on holiday from her Los Angeles home. On Sunday, Rena was originally positioned up with the 501st stand (a set up with a 3m poster backdrop for photos), and on Monday, 501st costumers supported her down in the main guest area once space became available for her. It’s always good to see a local Star Wars actor making themselves available to meet NZ fans, and Rena was very down-to-earth and easy to talk to. Hopefully she too enjoyed the support from her audience. 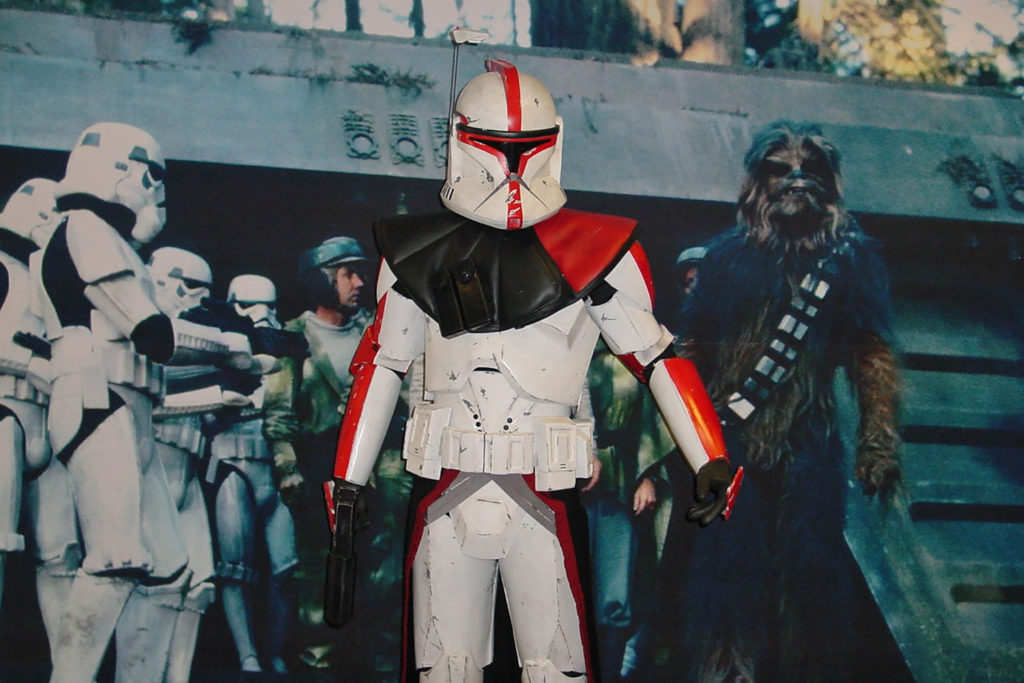 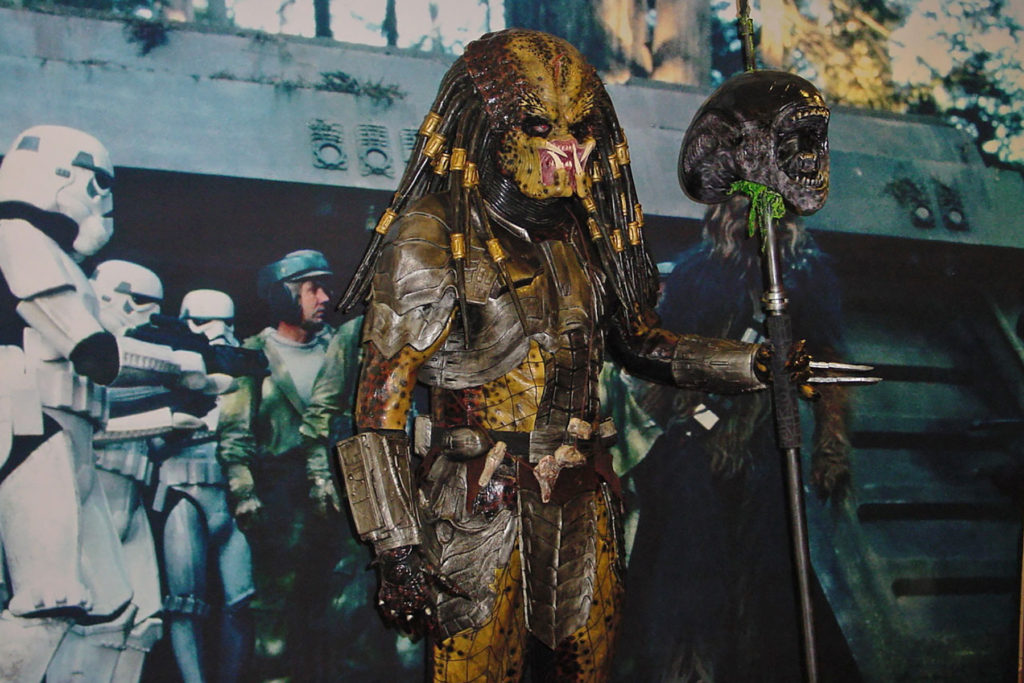 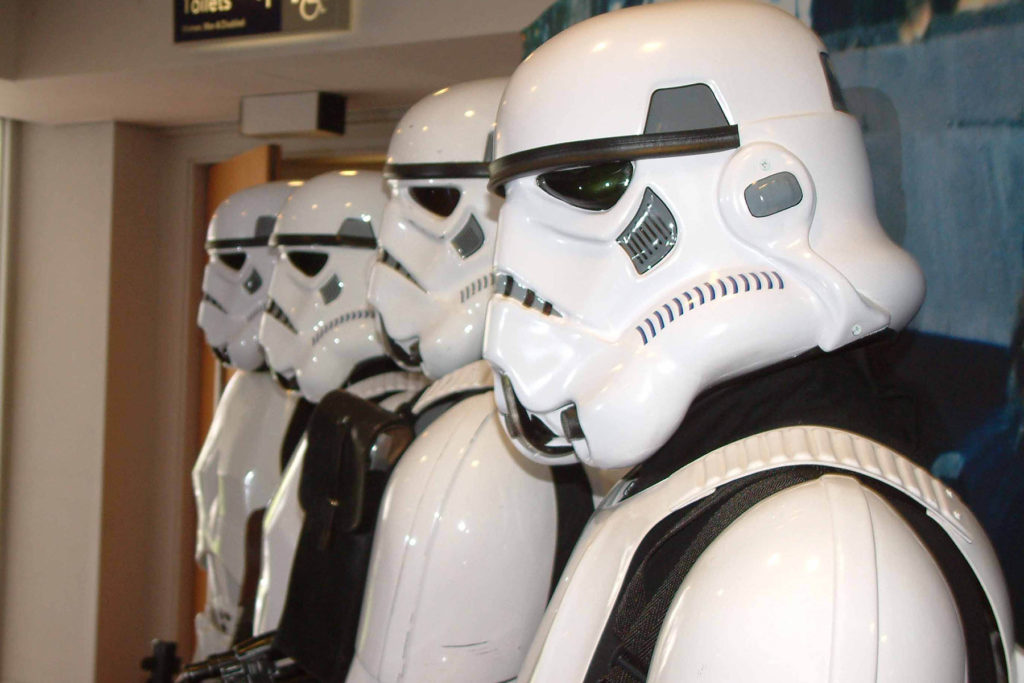 Costumers included a squad of shiny stormtroopers, a brief appearance by a hard-working sandtrooper, the ever-popular Boba Fett, Ordo the ARC trooper captain, Imperial officer, Princess Leia, a Jedi Master, red royal guards – there was even Star Wars representation in the cosplay competition as Senator Padme Amidala made an appearance. As well as characters from the Galaxy Far, Far Away, a six-and-a-half foot tall Predator was the target of many cameras when he showed up, an energetic Batman was seen all over central Auckland. 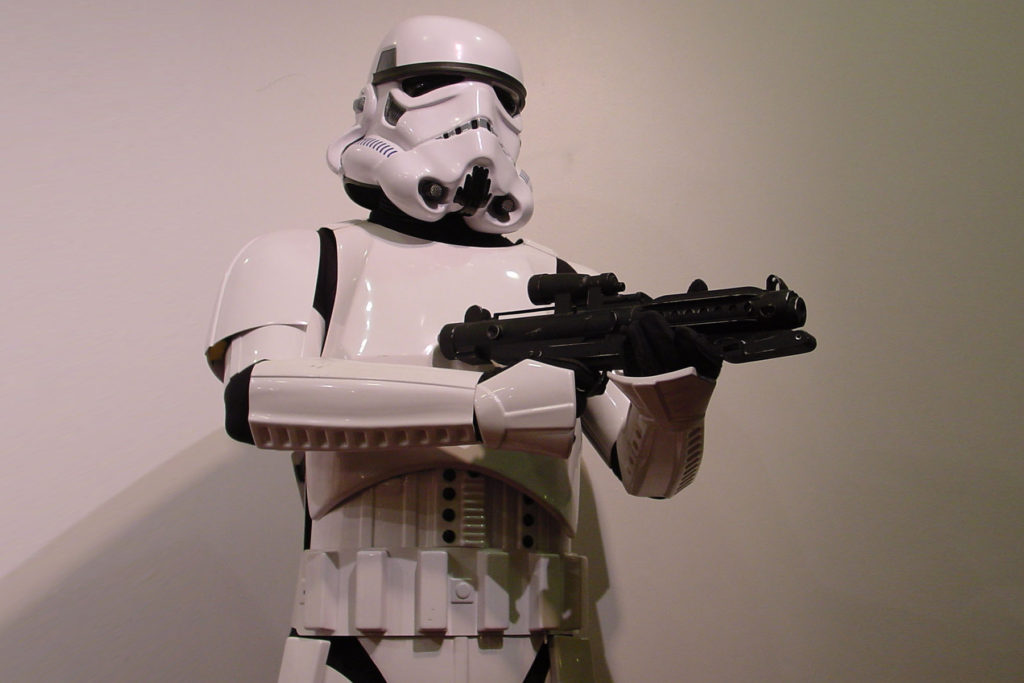 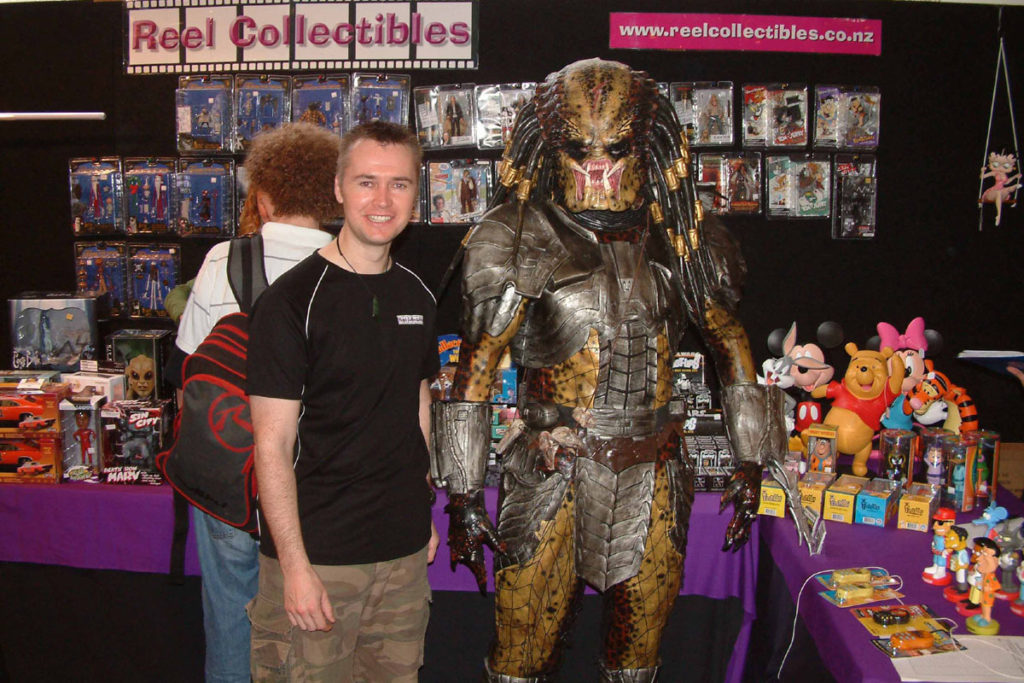 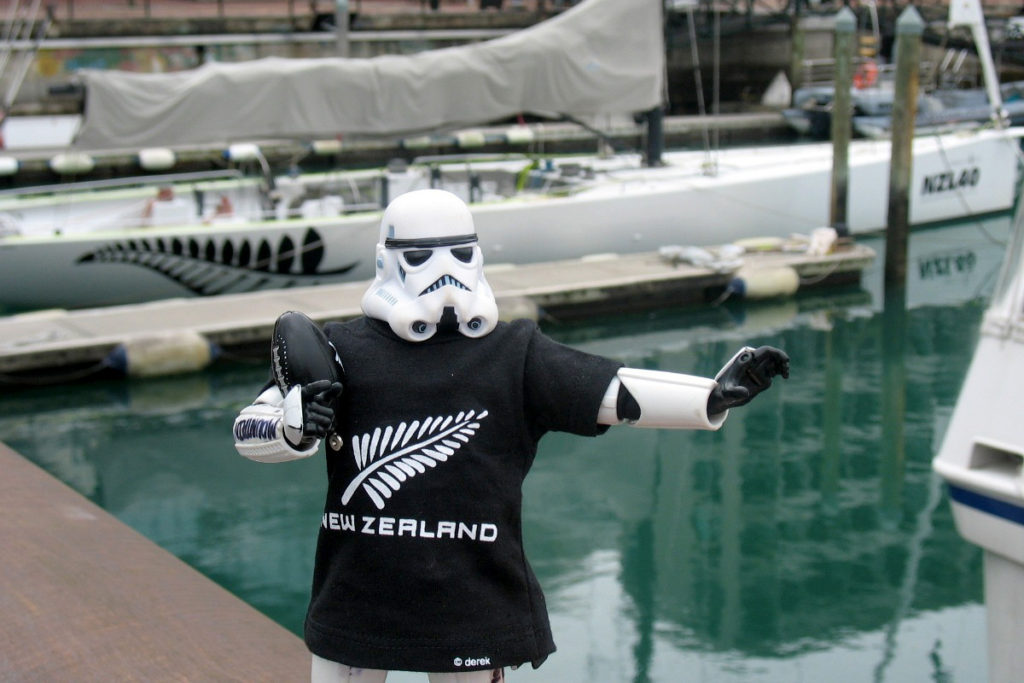 For those who came hunting for collectibles, there were the usual comic vendors, perhaps not so much in the way of action figures or related items, and a few people struck excellent deals on Master Replica mini-sabers. SWNZ sponsor Reel Collectibles had an impressive stand with plenty of high-end product to drool over. It was worth checking out their stall just to eyeball the huge Sideshow 1/4-scale statues. They’ll be making an appearance in just over 2 weeks at the upcoming Big Boys’ Toys Expo, 10-12th November at the ASB Showgrounds in Greenlane.

And all too soon the long weekend was over. Back to work and the real world. Let the countdown to the next Armageddon Expo begin! 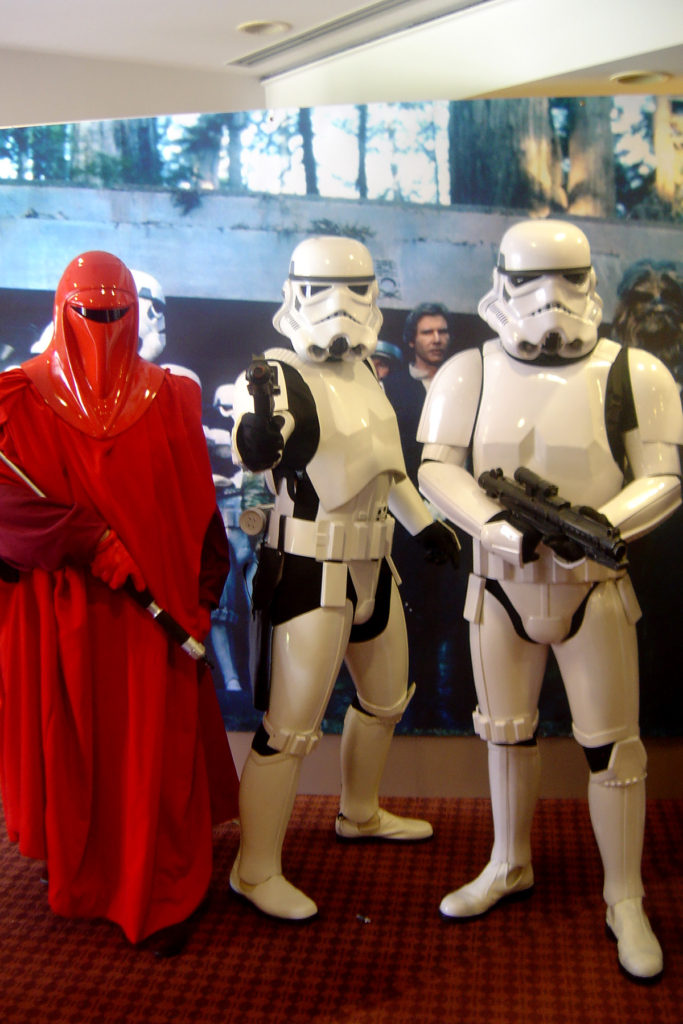 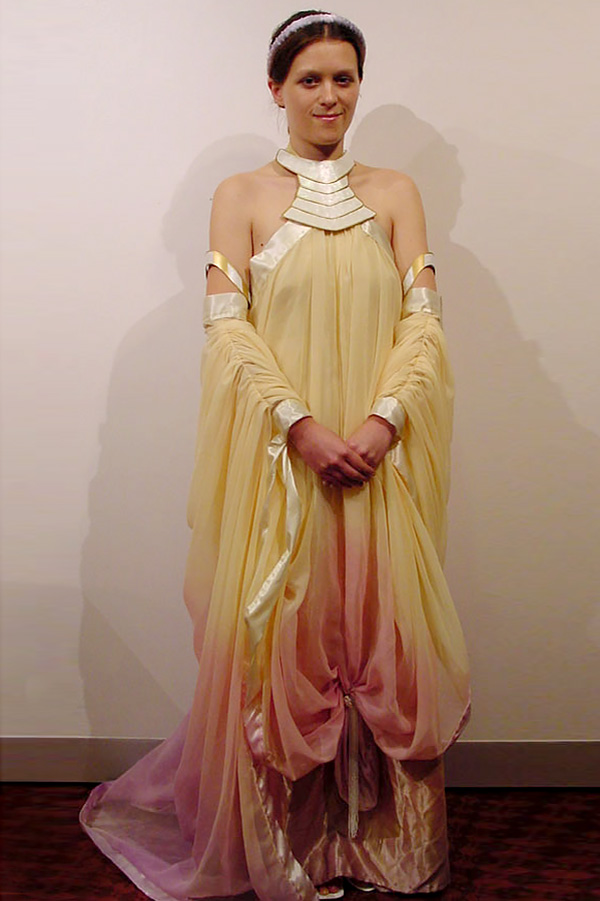