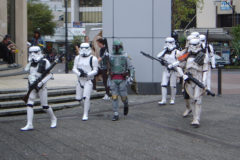 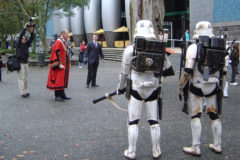 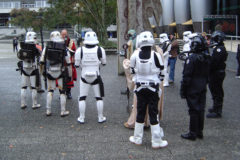 In preparation for the Charity Premiere of ‘Star Wars: Revenge of the Sith’, members of the New Zealand 501st outpost hit Queen Street, Auckland, on Monday (16th May) to spread the word. They started the day at midday, in Aotea square, where the Mayor donned his full ceremonial regalia to welcome the Imperials to planet Earth. After the mayoral pleasantries, media interviews and photo opportunities, the 15 or so assorted troopers and miscellaneous denizens clambered on board open-deck utes to be freighted to predetermined spots along Queen St. Star Wars soundtrack blaring, the Imperial transporters drew the desired attention along their circuit, over a period of nearly 2 hours. 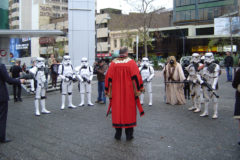 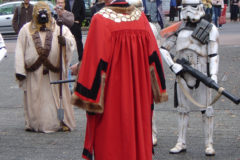 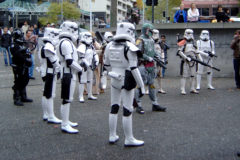 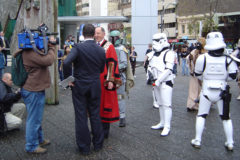 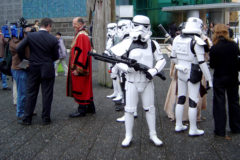 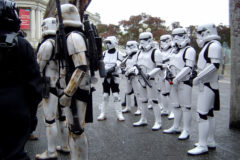 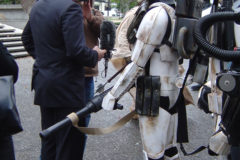 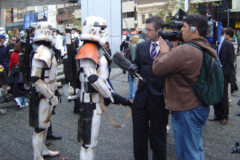 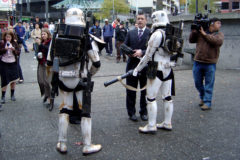 Members of the 501st’s Outpost-42 had travelled from as far away as Christchurch and Dunedin, and this public appearance served as a great prelude to the Charity Premiere of Episode 3 (which also set the venue for New Zealand’s largest gathering of costumed 501st members). 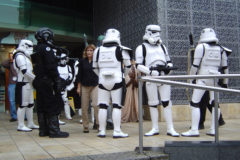 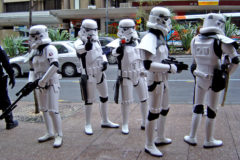 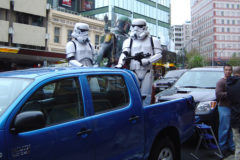 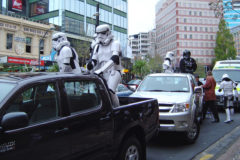 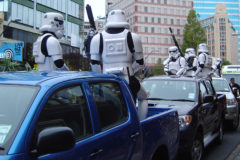 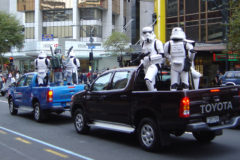 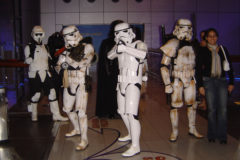 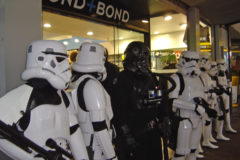 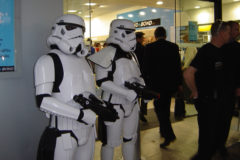