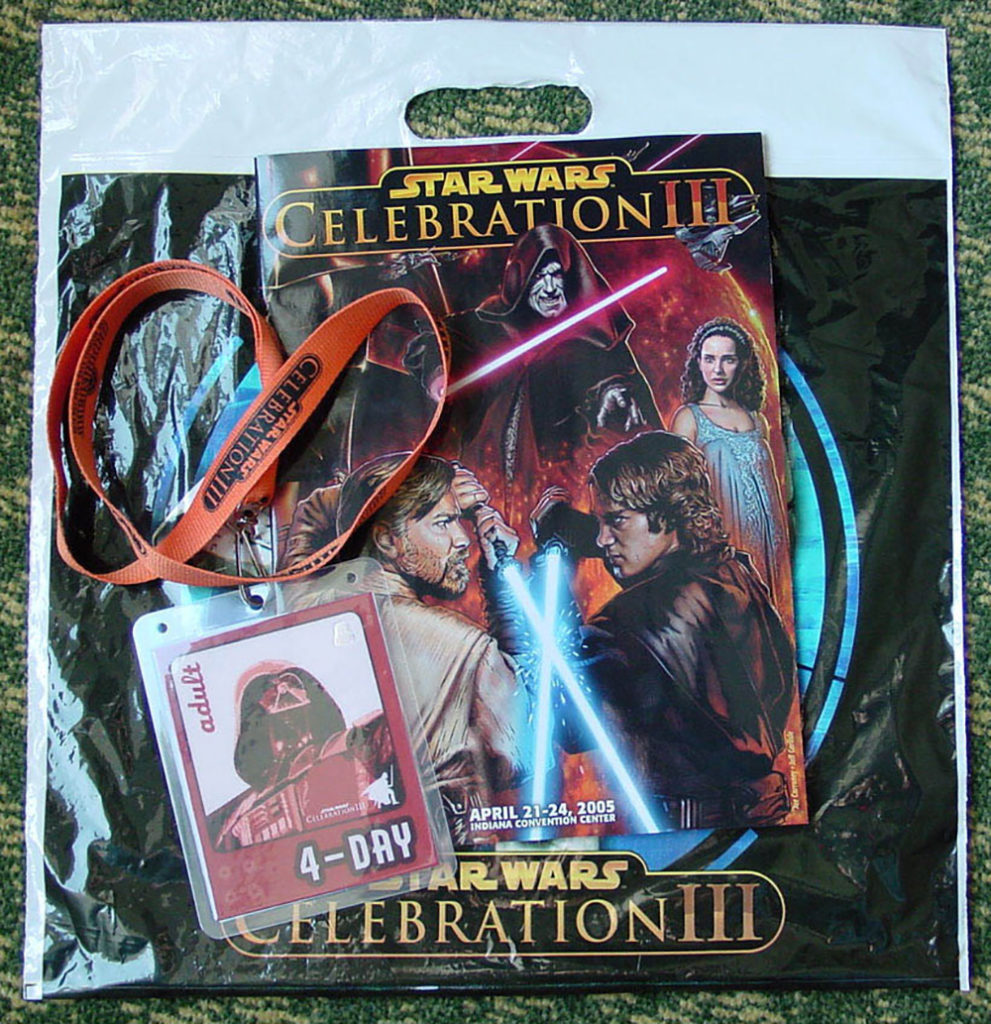 Reporting in from sunny (so far) Indianapolis, Indiana – we arrived in town (late) last night. Over the next 5 days, SWNZ will be bringing you Celebration 3 diary reports and photos, and, after the conclusion of the mega-convention, I’ll take some time to organise all my imminent photos into feature articles on such things as the R2-Builders room, the LucasFilm Archive Exhibition, C3 autographs, and other exciting topics. 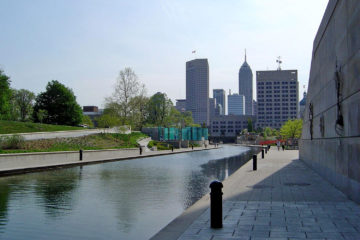 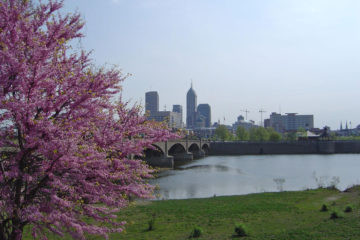 Today (20th April, Indianapolis time) is Day Zero – the day before the convention, and time to pick up passes, programs and such like. The city is fully set up for the Star Wars invasion – comic stores have extended hours, book shops have Star Wars ‘Revenge of the Sith‘ window displays, and look, even the hotel key cards feature souvenir Episode 3/Celebration 3 graphics and sponsor advertising! 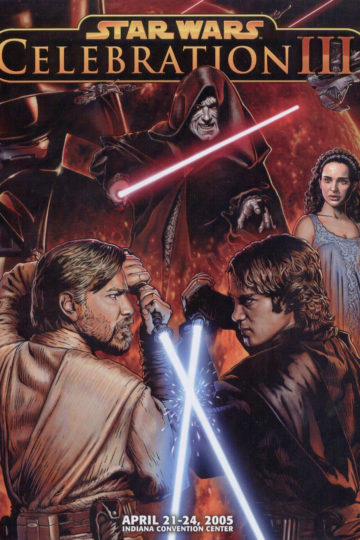 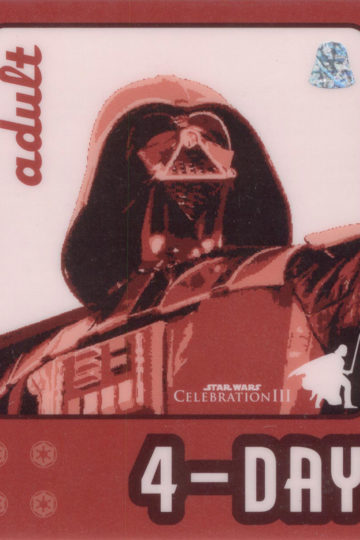 We started the day with breakfast in the hotel restaurant – with good friend, and ‘Return of Jedi‘ actor, Gerald Home (Squid Head and Mon Calamari Officer), and his fellow Londoner, Ian Liston (Wes Jansen, ‘The Empire Strikes Back’). All the autograph guests are staying in the same hotel – we spotted David Prowse, Caroline Blakiston, Peter Mayhew and Ray Park in the restaurant/lobby, and bumped into Jeremy Bulloch in the line at the coffee shop! 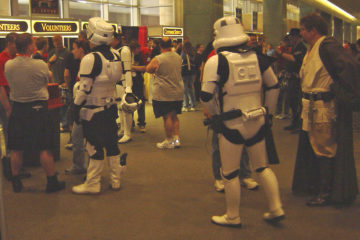 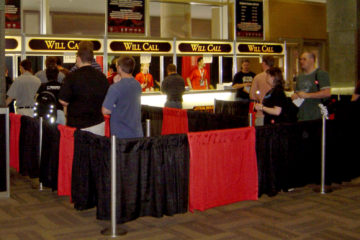 A few keen registrants had lined up early at the convention centre doors, waiting for the opening of the ‘Will Call’ booths, where pre-ordered tickets/passes could be picked up. But really, good organisation and volunteer staffing meant that things moved along very well, and queue times were minimal. Some memorabilia was available, including Celebration 3 programs, and all purchases came well packaged with advertising material from the convention’s many sponsors. And look, on page 74 of the program, there’s details of a presentation covering New Zealand collectibles, in the International Collecting panels (given by someone called Matt Glasgow)… better check that one out to see what its about 😉 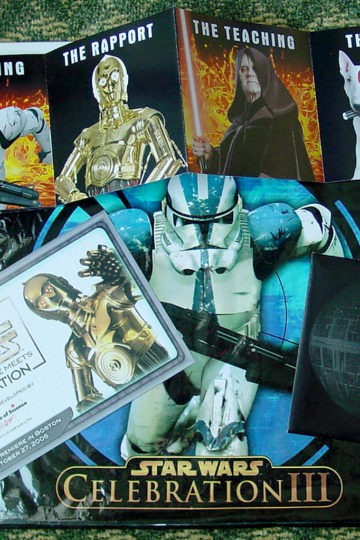 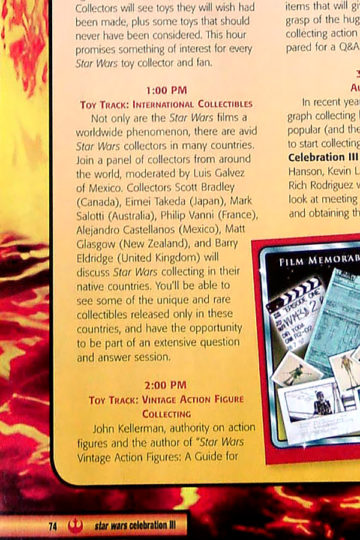