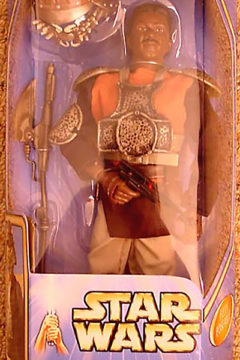 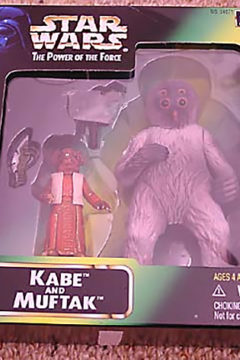 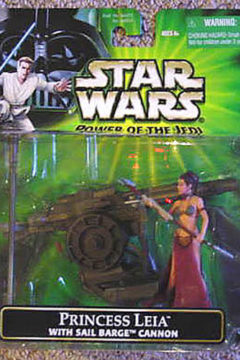 Are you ready for a big prize pool? Our fourth competition includes 2 separate prizes, one of which is a fantastic 12-inch scale Lando Calrissian in Skiff Guard disguise, provided by the new online NZ toy store, Arise Sir Toy. The detailing on this figure is amazing…if you already collect 12-inch figures, you’ll love this item, and if you don’t already collect in this scale, this is a great item to start with. Check out the Arise Sir Toy website for other 12-inch figures, as well as the rest of your Star Wars collecting needs. The other prize is a bundle of a deluxe Power of the Jedi Princess Leia as Jabba’s Slave, with Sail Barge cannon, and an exclusive unopened boxed set of 4-inch Muftak and Kabe figures.

To make things a little more interesting, entry to win these great prizes involves a small test of your New Zealand Star Wars knowledge. All answers to the questions reside somewhere in the SWNZ website…you may need to use the search engine to find all the information required.

The winners will be drawn randomly from the correct entrants. Two names will obviously be selected: the first receives Lando, the second Leia, Muftak and Kabe.

To enter you need to be a New Zealand resident and fill out the following form, answering the questions as listed. Entries close, on Sunday 18th January 2004. Winner will be announced Monday 19th January 2004. Good luck!

Q1: What date is Jay Laga’aia’s (aka Captain Typho) birthday?

Q2: How many ‘Star Wars: A New Hope’ collector cards did Confection Concepts release in 1997?

Q3: How old was Bodie Taylor, who was the face of the Clonetroopers in Episode 2, when that movie came out?

Q4: Which two Star Wars actors were guests at the 2003 Armageddon convention in Wellington?

Q5: What was the name of the Darth Maul comic story drawn by New Zealand artist Chris Slane?

Q6: What 4 characters did Tip-Top Ice-cream produce masks of, to celebrate the release of ‘The Empire Strikes Back’, in 1980?

Previous: Farewell to a Friend
Next: Yoda Found in Popcorn?!

Episode 19 of the SWNZ Podcast is up. In this instalment we talk about all the 2003 Clone Wars series and some Bad Batch related content additions to Star Wars: The Old Republic and Star Wars: Galaxy of Heroes. https://swnz.co.nz/2021/04/09/swnz-podcast-episode-019/ ... See MoreSee Less

Cotton On has a large range of new t-shirt designs from The Mandalorian in store and online - they are not well indexed on their site, but you can sift through their 'graphic tee' category to find over half-a-dozen different styles, currently qualifying for a buy one, get one 50% off discount (affiliate link): https://click.linksynergy.com/deeplink/… ... See MoreSee Less