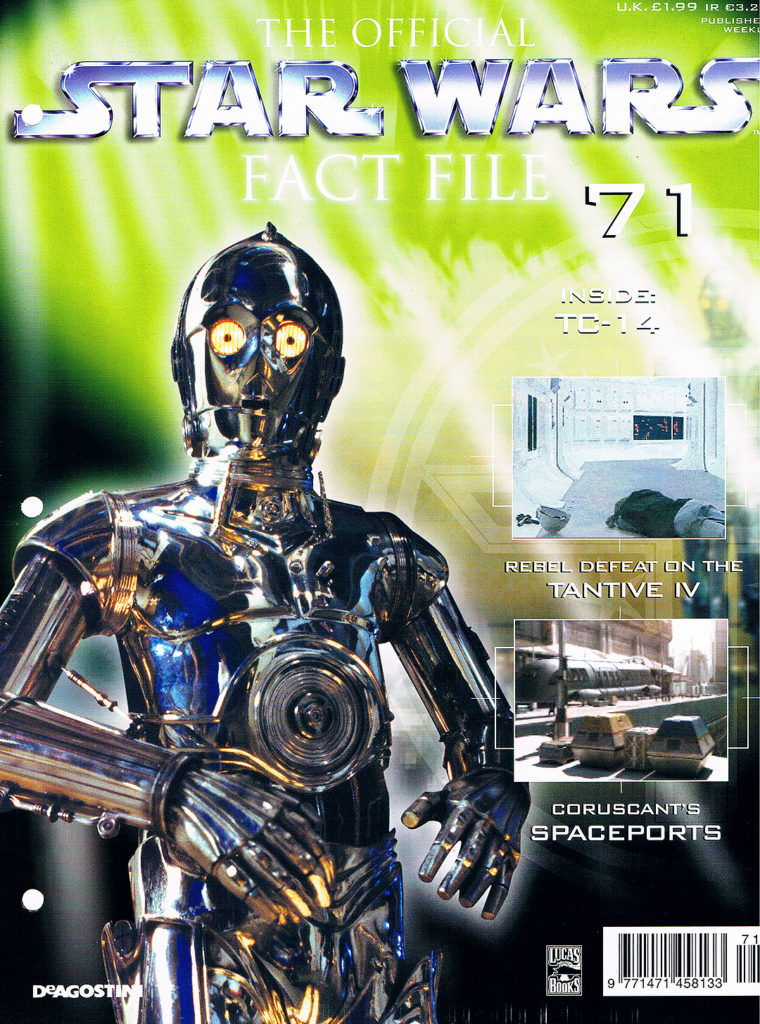 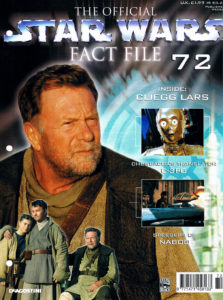 The Official Star Wars Fact Files from De Agostini Publishing just keep on coming! They have already surpassed the issue 75 cutoff that was nominated when they started publishing (they are officially going to continue on to issue 115 apparently, but may yet extend further), and show no signs of slowing down. Here is a brief preview of the latest issues I have received (I got them direct from the UK)…

As the above content lists suggest, there is a great mix of both Original Trilogy, Expanded Universe and Prequel material. A couple of topics particularly caught my attention as favourites: AT-PT, SP-HAT, and the Wild Karrde (all in the vehicle sections). The AT-PT is the small, 1 man walker that has appeared in a couple of forms in the expanded universe. The Fact Files focus predominantly on the leaner version first poularised in the Al Williamson/Archie Goodwin comics of the early 80’s. The SP-HAT is one of the many armed vehicles used by the Republic Army in AOTC (one of them took out the ascending Trade Federation core ship). And the Wild Karrde is the spaceship of Talon Karrde, appearing in a number of EU books and comics; presented in the Fact Files with a good selection of excellent, exclusive, CG renders of the craft.